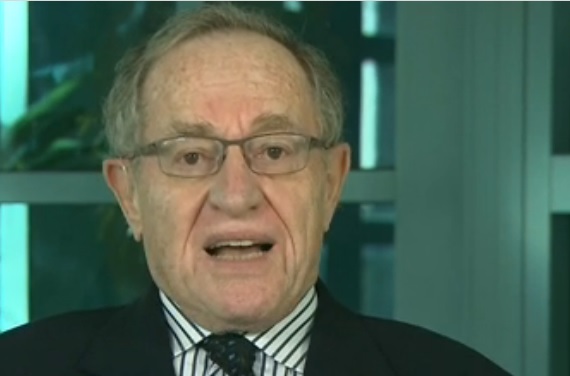 Alan Dershowitz is so QUIET that he has a new book, an interview for a New Yorker, constant appearances on Cable News…

Earlier this week, Alan Dershowitz kicked off the summer season by whining to the media about being canceled on Martha’s Vineyard, taking an absurdly pretentious statement and then adding the words “Martha’s Vineyard” for good measure.

He accuses the “awake crowd”.

But it wasn’t just that it was “cancelled”, it was SILENT.

Is that why the Conservatives are all in arms on Drag Story Hour? Because it eats away at Dershowitz’s speeches? Come to think of it, it’s been a while since the New York Public Library invited me to speak, so maybe the cancel culture is real!

Seriously, that’s not the behavior of a Harvard law professor, or a lawyer, or even a functioning adult. That’s how 13-year-old girls talk. Go cry on Insta for not being invited to Mackenzie’s birthday party, Alan.

But Dershowitz – who is silenced, remember – has a new book on the shelves. It’s called “The Price of Principle: Why Is Integrity Worth Consequences?(affiliate link), which is ironic since this guy refuses to be quiet about how he thinks ‘consequences’ shouldn’t apply to him. Indeed, dealing with rather benign social consequences is “ a new form of McCarthyism” according to the official summary of the book.

McCarthyism… not being invited to parties on Martha’s Vineyard. Julius and Ethel Rosenberg would like a word on how “McCarthyism” works.

Continuation of the summary:

The price of principle is about efforts to undo Alan Dershowitz and his career because he insisted on sticking to his principles instead of choosing sides in the current culture and political warfare that divides our country. He explains that people of principle are actively punished for not being partisan enough. Principle has become the vice and partisanship the virtue in an age when partisan ends justify unprincipled means, such as the denial of due process and freedom of speech in the interest of achieving partisan goals or ideological.

Now that suggests no one wants to hang out with Dershowitz because he defended Trump during the first impeachment with the argument that presidents can abuse public office as long as they subjectively believe it will help the re-election campaign. And, yes, it probably doesn’t sit well with the Vineyard crowd, but we really sleep overall “think Jeffrey Epstein should have received an even lighter punishment.” Does “crowded out defending human traffickers” count as “a new brand of McCarthyism” in this scenario? Guess we’ll have to read the book!

Oh, he also has a in-depth interview with the New Yorker! Like all the other people silenced.

It’s mostly a rehash of Dershowitz claiming he’s no longer “allowed” to speak simply because he’s no longer “invited” to speak. At one point Isaac Chotiner said, “It’s pretty terrifying what you’re describing, just the general atmosphere”, which I sincerely hope was just an effort to invite Dershowitz to comment on it. more, because if he really thinks the Vineyard party scene is “creepy,” he should re-evaluate some things.

One of the topics they discuss in the interview is a letter Dershowitz says he received from a fan who got beaten up for trying to read the professor’s book on the beach. Here is the relevant part of the letter:

I was reading your book yesterday at the beach, when some guys I was playing beach volleyball with asked me about the book I was reading, so I showed them the book. They then asked me why I had chosen this book, so I told them that I had a lot of respect for the author. The next thing that happened was a complete shock to me. Without warning, I was punched and punched in the face. I asked why this was necessary, and was told it was because his political views and mine differed. I told them that I understand that our views differ, but why can’t we be at least civil about it. With that, he laughed, pushed me once more on the sand and kicked me in the sand.

Asked about the letter, Dershowitz said, “Well, you read the letter. All I have is the letter. I haven’t spoken to him.

You didn’t talk to him?!?! I’m not saying it didn’t happen just in time for Dershowitz to include it in his sales pitch for a new book on cancel culture, but I’m saying where are the Washington Post Fact Checkers and Wall Street”Too good to confirm“editorials now? When the rape of a 10-year-old girl is embarrassing for conservatives, everyone goes out of their way to downplay the authenticity of what turned out to be a completely true story, but when Alan Dershowitz wants to talk about canceling culture on Newsmax, suddenly no one cares that he’s got a crazy anonymous account he can’t confirm.

Again, it’s not that it couldn’t have happened, it’s that “silent” people don’t get nods of approval when telling stories like this on TV or in major periodicals.

In fact, the people reduced to silence are children whom the major newspapers try to erase. Maybe take a step back.

Joe Patrice is an editor at Above the Law and co-host of Think like a lawyer. Feel free to email tips, questions or comments. Follow him on Twitter if you’re interested in law, politics, and a healthy dose of college sports news. Joe also serves as Managing Director at RPN Executive Search.