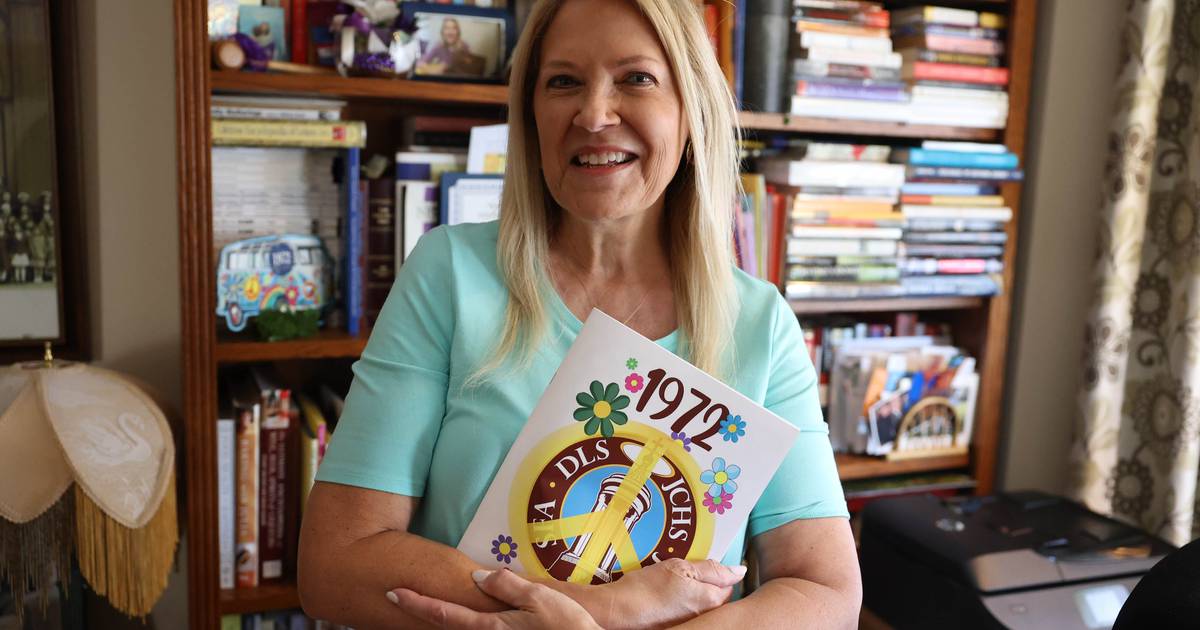 Some people, especially those who are new to the area, may not know that Joliet Catholic Academy was two schools until 1990each with their own rich history, said Marianne Wolf-Astrauskas of Orland Park.

So in the months leading up to the 50th anniversary of the old St. Francis Academy (school for girls) and Joliet Catholic High School (school for boys), Wolf-Astrauskas spent months documenting the history unique of the two schools, which she published in a 70-page book.

But the reunion book was more than a history of the combined schools. It was also a directory of their classmates, with photos from yesterday and today, brief facts about their lives and their contact details.

Wolf-Astrauskas also put 1972 in context for alumni by placing their senior year against the rest of the world. She included milestones in men’s and women’s sports, historic events, current item awards, top songs, TV shows, plays, and books.

In a Zoom call in February, the reunion committee released a list of areas alumni could oversee, she said. Wolf-Astrauskas said she saw a “reunion booklet” and immediately volunteered.

“I wanted to take on the task myself,” Wolf-Astrauskas said. “I am an experienced writer and I don’t think a project like this can be done by a committee.

Additionally, Wolf-Astrauskas’ husband, Jonas, a brain cancer survivor, is paralyzed on the right side. She likes to stay close.

“This project allowed me to be in my house and work from home at my own pace,” Wolf-Astrauskas said.

That doesn’t mean Wolf-Astrauskas didn’t ask his former classmates for advice. As she mentally mapped out the elements she wanted to be in the book, she devised some possible graphics for the cover and passed them around, asking for feedback.

People “overwhelmingly” voted for the daisies and the peace sign with the JCA symbol behind it, she said.

“And that really set the tone for how the theme of the book would move forward,” Wolf-Astrauskas said.

Wolf-Astrauskas then sifted through his own memorabilia: yearbooks from both schools, school newspapers (The Focus for St. Francis and Victory Light for Catholic High), play and musical programs, a mimeograph sheet of the Catholic High loyalty song, offers and photos of dances and even the St. Francis de Wolf-Astrauskas uniform that her mother had reserved for her, she said.

“So when you have all those memories, it helps bring back memories and put you in the right place,” Wolf-Astrauskas said.

Photos were the hardest to acquire because teenagers in 1972 did not carry cameras with them like their 21st century counterparts do.

“Nobody was walking around with cameras in their purses,” Wolf-Astrauskas said. “But I had enough photos to start with.”

This book was distributed to participants during reunion activities on the weekend of September 16 to September 18.

Wolf-Astrauskas said she received praise for her efforts. One person called the book a “treasure”, she said.

But perhaps Wolf-Astrauskas enjoys the reunion book the most.

“So for me, when I watch this, it feels so good to me,” Wolf-Astrauskas said. “I was from Joliet, I went to St. Francis Academy, and that’s my home. And it’s just something about seeing that symbol of peace and those daisies. It was just a very, very special moment. I wanted to capture that for everyone. I hoped my classmates would feel what I felt. That’s why I did it.

What is a Loop device in Linux?