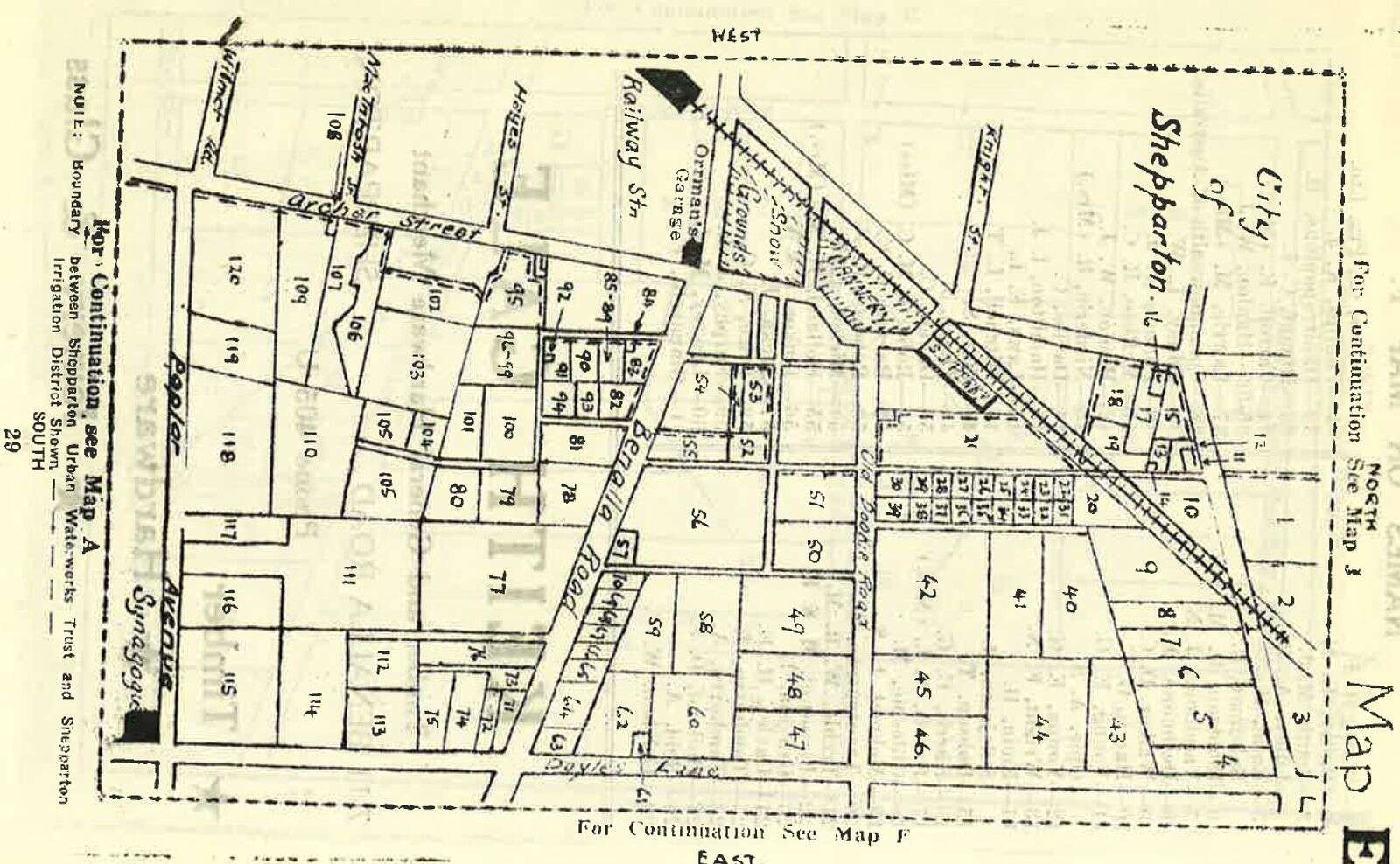 An old book shows the march of time

A directory of irrigators published in Shepparton in 1954 reveals how far the town has spread into surrounding horticultural land.

The book lists several farms along Archer St, between Benalla Rd and Poplar Ave, which is now filled with housing.

The directory lists many surnames from the area east of the city that would still be recognized today: Hanlon, Bartlett, Holland, Tzontzurcas, Cavallaro, Morey, Villani, Damianopoulos, Retzos, and Feiglin.

A ‘tip’ of the town of Shepparton is marked at Benalla Rd at the former site of Bunnings.

A bailiff’s residence has been marked at the corner of Wheeler St and Old Dookie Rd, which is currently occupied by the Goulburn-Murray Water office.

The map also shows a marked area at the corner of Poplar Ave and Doyles Lane, indicating the “synagogue”. This temporary Jewish place of worship was eventually demolished when many families returned to Melbourne.