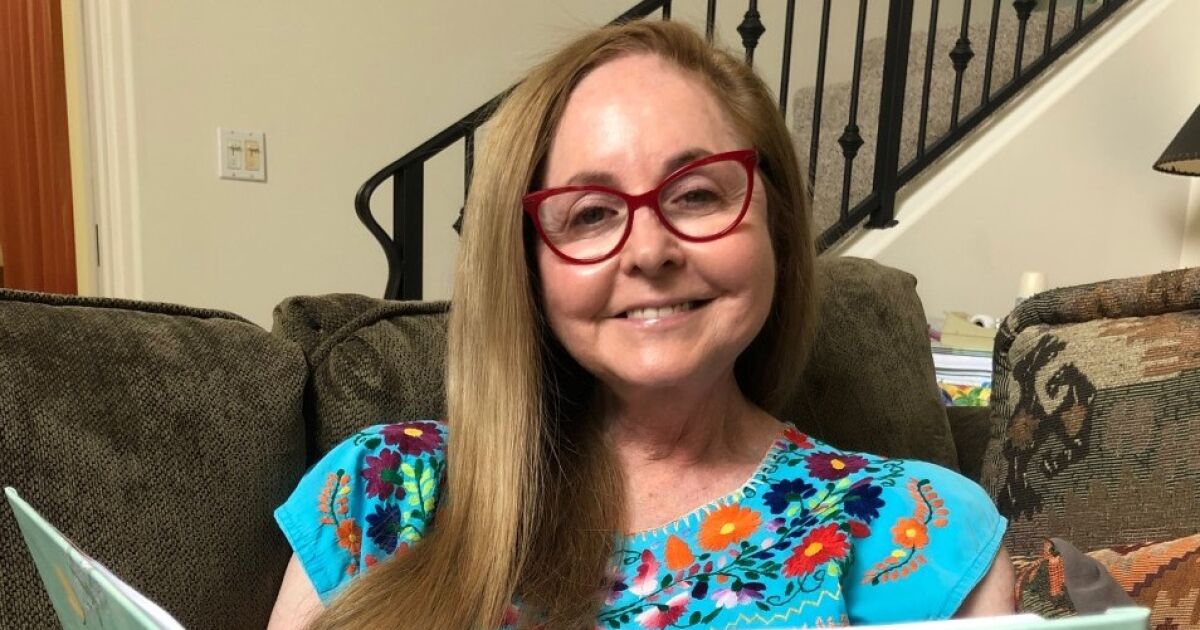 Column: A passionate news manager becomes the author of a children’s book

When PSA Flight 182 crashed in North Park on September 25, 1978, Phyllis Schwartz was a newscaster at KFMB-TV Channel 8, faced with collecting heartbreaking facts and updates at breakneck speed for the reports.

Early one morning, six months later, she was the only employee in the press room during the Three Mile Island nuclear accident in Pennsylvania. Her adrenaline pumping, she alerted her news director at home and contacted the network to gather information to air on Sun Up San Diego.

Schwartz had a long and successful career in television news and management in Chicago and San Diego, including operating KNSD-TV Channel 7/39 as president and general manager from 2000 to 2007.

Fast forward to September 25, 2022. Schwartz will do something much quieter on the 44th anniversary of the PSA crash and crash that killed 144 people.

She will sign her first children’s book at Warwick’s in La Jolla. And, while it seems a far cry from the breaking news that was a cornerstone of his former career, it has a different impact.

This book, “When mom feels good, so do we!” was also born out of a tragedy, but of a more personal nature.

Schwartz was diagnosed with cancer — not once, but three times over several years. She endured the onslaught of triple Cs from her twenties when she learned she had Hodgkin’s disease, previously considered a death sentence.

Doctors have warned her that the aggressive radiation therapy needed to cure Hodgkin’s lymphoma could leave her vulnerable to future health problems, including breast cancer. And he did.

Luckily, her stage 1 breast cancer was discovered in 2013. “I couldn’t get radiation to my chest anymore after my Hodgkin experience,” she says. “So for me, choosing a double mastectomy was not as difficult as it seems.”

If bad things seem to happen in threes, Schwartz’s cancer experience was no exception. Six years ago, the Encinitas mother was diagnosed with rare and unrelated pancreatic cancer. His was treatable but required debilitating surgery called Whipple. She was warned that this was one of the toughest surgeries a person could endure and lived up to her reputation.

“It’s just bad luck,” she says, “but I was lucky to have good medical care in Chicago and San Diego. And a large group of family, friends and colleagues who love me.

Since childhood, Schwartz loved to read nursery rhymes and books. She also liked to write, especially in her diary. After a hard day in the newsroom bombarded with sad and distressing events, she would come home and write poetry to relax and bring her mind back to a happy place.

After being diagnosed with breast cancer, she wrote a short poem, “The Wait”. The vigil of his test results ended with aggressive words: “It was not benign. But neither do I. Let the games begin.

Poetry was the genesis of her children’s book, “When Mom Feels Good, So So Do We!” She uses cadence and rhyme almost like a Trojan horse to provide helpful advice to children and loved ones of cancer patients while they have fun reading.

The child narrator says: “We made fun videos for him and colored in a map. We even helped weed the daisies in the yard.

The book began life as a poem. “I wanted to write about a mom who comes home and isn’t feeling well, and I wanted it to be upbeat and optimistic – and that’s when I wrote this poem.”

Then Schwartz realized that with a few tweaks and artwork, it could be so much more.

She found an illustrator, Siski Kalla, through a book publishing site called Reedsy.com.

Schwartz has three more recently written poems that she plans to turn into children’s books.

Meanwhile, with publication slated for September 23, she is scheduling autograph events at local bookstores. A list is on their website: www.phyllisfeelsgreat.com.

In October, which is Breast Cancer Awareness Month, she will be signing books at the American Cancer Society’s Discovery Stores, with proceeds going to the Cancer Society. On October 16, she attends her Making Strides walk here and donates 100 pounds.

Susan Taylor, who presented KNSD’s evening news when Schwartz was boss, hosts the event, as she has done for 25 years.

“The reason I love the book is its appeal to young children,” says Taylor, whose mother also suffered from breast cancer.

Parents may not want to tell their 3- and 4-year-olds why mom is in bed, or why mom lost her hair or has cancer, Taylor adds.

She sums up the message of Schwartz’s book: “Mom isn’t feeling well, but let’s make her laugh and have fun.” Let’s give him a hug and all be together like a family.

“A lot of people who know me from the news side, don’t realize I’m a sweet gooey goo,” Schwartz says. When she was vice president of news at ABC-owned WLS-TV in Chicago, the station’s general manager nicknamed her “Schwarzkoph,” after General “Stormin’ Norman” Schwarzkoph, who ran coalition forces during the Gulf War.

“That kind of defines me — hard-core, quick-talking, quick-thinking, loud — this impatient news girl who wants to be in the newsroom fray,” she says. “None of them would have imagined that I would write children’s books.”

In fact, Taylor can make that leap. “The Phyllis I see today is more thoughtful, more vulnerable than the Phyllis I knew at the TV station. But cancer does that to you. It changes you and makes you reassess what’s really important in your life,” says Taylor, now director of external affairs for Scripps Health.

Schwartz has plenty of material for a fascinating revealing memoir. “I know so much about so many people,” she admits, but she doesn’t want the stress and possible hurt that such revelations could bring.

She prefers what she calls her passion project.

The children’s book is semi-autobiographical.

Like the sick mom in the book: “I love almond lattes and chocolate chip cookies, and I get grumpy when I get soaked in the rain.” She also wears red sunglasses, sometimes ties her hair in a side ponytail, and wears Frida Kahlo print socks.

Cancer is not mentioned in the book – just the removal of mom’s “bumps”. This is intentional because its message applies to a number of health issues.

Schwartz’s goal was to make a sad, uplifting subject matter more fun and upbeat—”something a parent can use to have a good conversation with their kids.” And that’s what she did.

Does your partner have Lyme disease? This book is for you.