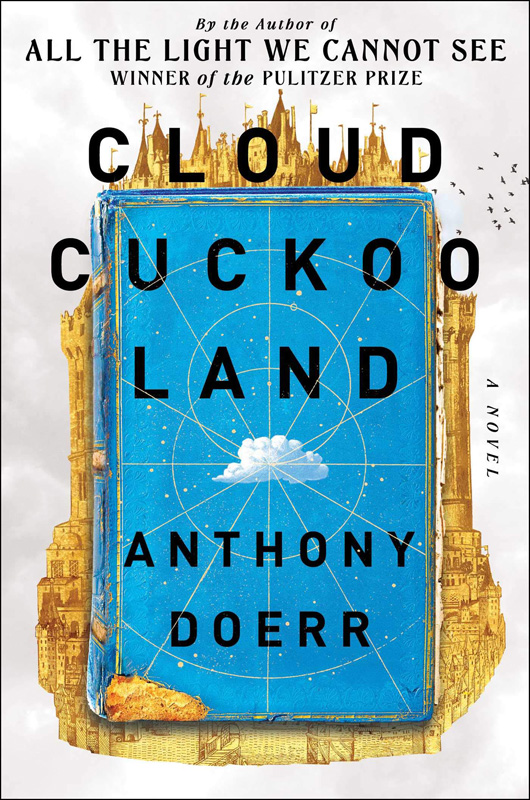 Dig into a good book

Don’t know what to read next? Confused About What To Get That Special Person? Molly Coogan of Bunch of Grapes and Mathew Tombers of Edgartown Books gave me some great recommendations for the best reads this season. Here are their choices that really grab the cake, and a few words I’ve written to help convince you to buy them.

“The Midnight Library”
By Matt Haig
$ 26
Remember when you chose white bread instead of rye at this restaurant? Do you remember when you ended your relationship with your ex? Imagine if there was a library with endless books on the edge of the known universe that would allow you to read different versions of your life if you had made a different choice at some point in your life. Nora Seed comes face to face with that decision and other existential questions in this rather delightful story. You are a real lobster if you don’t read this one.

“Songs in Dipper Major”
By Emma Brodie
$ 26.95
You have a friend in this page turner from local writer Emma Brodie who takes a fresh look at Joni Mitchell and James Taylor’s love story. Did I mention that it takes place on an island much like Martha’s Vineyard? You’ll have to hit me with a big yellow cab to stop me from reading this one. Ursa means bear in Latin; what a fantasy.

“The Lincoln Highway”
By Amor Towles
$ 30
This one is a real walk. Do you remember “Gentleman in Moscow”? Well this guy wrote a new book. It traces the trip of Emmett Watson in 1954, who is escorted by its director, after a 15-month stint in juvie. Emmett’s best-conceived plans to get his brother back and start a new life in sunny California go awry when two of his juvenile pals join the manager’s car. A fateful journey begins in a different direction – towards the Big Apple.

“Land of the cuckoo clouds”
By Anthony Doerr
$ 30
Here’s the tea: some cuckoos are a real sneaky bunch, but Doerr’s novel isn’t. This paperback is set in the 15th century in Constantinople, present-day small town Idaho, and on a future interstellar spacecraft. With characters gloriously intertwined, spanning centuries and revolving around a rather special book, Doerr’s novel is a flight of the imagination that truly soars.

“A beautiful country: a memory”
By Qian Julie Wang
$ 28.95
It is not a fiction in this delicious American story that will cut the ice with the best of them. The Chinese word for America is Mei Guo, ç¾Žå›½, which means “beautiful country,” but for a young Qian who arrives in New York, America is a little warmer. Qian lives through overworked parents, shunning school, greasy American pizza, and shares his thoughts on his upbringing in moving words. Don’t be silly, get this one already.

“On tyranny: graphic edition”
By Timothy Snyder, illustrated by Nora Krug
$ 16.99
Have you heard of tyranny? It’s not that hot, but damn it, this graphic edition of the Study of Cruel and Oppressive Governments is on fire. There are 20 lessons of dark deeds from Nazism to Communism, and teachable tidbits about resisting today’s most modern authoritarians. Everything is illustrated, to really paint a picture. I say move that currency and take this one now.

“Subpar Parks: America’s Most Amazing National Parks and Their Least Impressed Visitors”
By Ambre Share
$ 22
This one will make you really LOL, and can make you ROFL. Share juxtaposes the natural beauty and diversity of America’s national parks with some rather suspicious, downright clueless and ticklish, hilarious and one-star reviews posted by visitors. It’s based on the popular Instagram account, and gee whiz, this one is a knee-jerk. Don’t take the slow train here, make sure you take this one quickly.

“Korean vegan cookbook”
by Joanne Lee Molinaro
$ 35
You haven’t really lived until you’ve eaten Korean food. Now you can craft it from the comfort of your home. Boom boom bam, this one is a real creepy snack – and it’s all vegan! What? Vegan? Yes, vegan! There are recipes from Jjajangmyun, from rich black bean noodles; Gamja Guk, a potato and leek soup; and a chocolate and sweet potato cake, is your mouth watering already? Food really shapes who we are.

“Nane: African poets of the new generation, a Chapbook box”
Edited by Kwame Dawes and Chris Abani
$ 34.95
Holy smoke, this one is nasty good. A series of limited edition boxes that seeks to identify the best poetry written by African poets working today. The best part is that it features poets that haven’t been widely published. This special collection features 13 new super fine poets. Go ahead, get it, it’s amazing.

“Audubon’s animals: the viviparous quadrupeds of North America”
By John James Audubon
$ 19.98
Audubon sounds great like a freeway, and boy, oh boy, is this a fun ride. In it, Johnny J. documents the mammals of North America. It’s kind of like “Fantastic Beasts and Where to Find Them”, and let me tell you, it’s just as magical. This one was first published in 1854, and I will just say it has aged like Halle Berry. Bibliophiles and nature lovers, unite and rejoice.

“Renegades: Born in the United States”
By Barack Obama and Bruce Springsteen
$ 50
A resident of Edgartown and a kid from Jersey wrote things down and shared photos. It’s a boss move.

“State of terror”
By Louise Penny and Hillary Clinton
$ 30
The master of mystery teams up with the master of politics. It will be hard to put that page turner down.

“Pastry with Dorie: sweet, savory and simple”
By Dorie Greenspan
$ 35
Nothing simple about the taste of these delicacies. Yum.