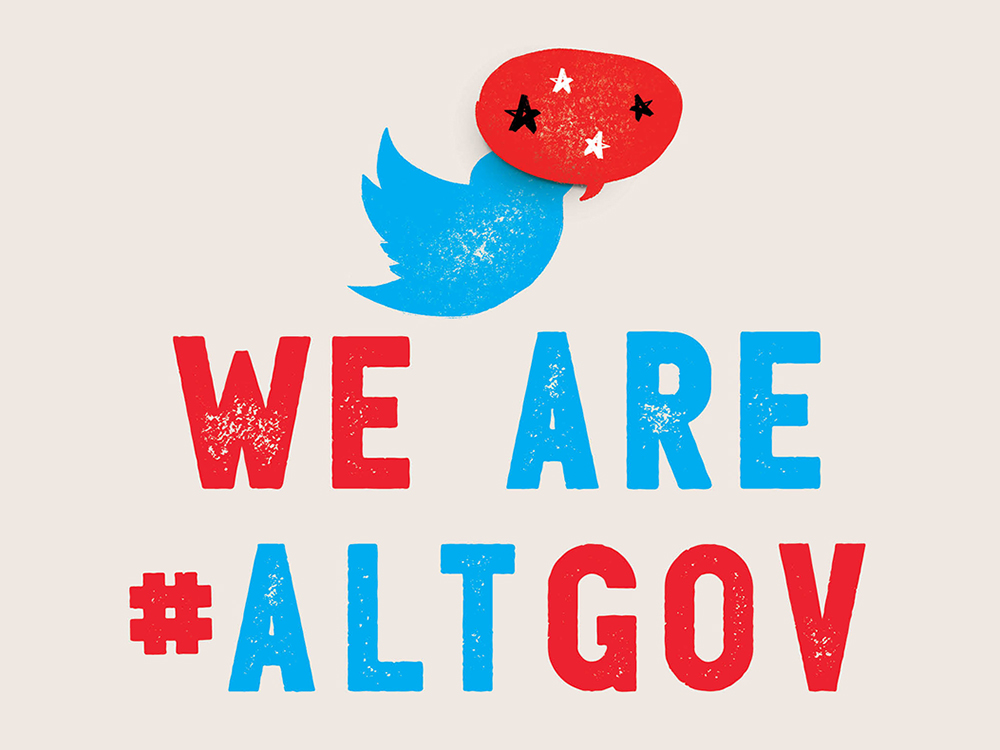 The Associate Professor of Journalism wrote “We Are #ALTGOV: Social Media Resistance from the Inside”, highlighting how and why the Twitter #AltGov movement has challenged official government statements to inform the American public.

The risk to her participants was real, so she had to take extra precautions, Amanda Sturgill explained.

As she conducted interviews to support her recently published book, “We Are #ALTGOV: The Inside Social Media Resistance“, the associate professor of journalism has taken measures to preserve the anonymity of its sources. Among those interviewed were brave public servants participating in the #AltGov Twitter movement, a grassroots initiative featuring government workers and others offering ideas and commentary that challenged official government statements. It was a major social media trend – at one point nearly two million people followed AltGov accounts.

“Account holders who worked for the government were at some risk simply for doing what they were doing – sharing information that, while unclassified, was not well known to help the public understand certain changes under the Trump administration. So they remained anonymous online and with me,” Sturgill said. “I had to be very careful to protect their identity.”

Sturgill said she conducted the interviews via direct messages on Twitter, as well as emails, phone calls and messages on secure platforms such as Wire and Signal. She has also conducted numerous interviews with #AltGov followers, including meeting two of them in person when she traveled to their city for an academic conference.

“The #AltGov social movement caught my attention on Twitter early on, when those early tweets from the National Park Service and BadlandsNPS accounts seemed to spark something that grew very, very quickly,” she said. “Within just a few days, accounts claiming to be employees of different parts of the administrative branch popped up and immediately attracted tens, if not hundreds of thousands of followers. It was fascinating.

In the fall of 2017, Sturgill worked with Andrew Scott ’18, then a media analysis student, to investigate the movement of an undergraduate research project. Together, the student and faculty member compared the tracking and content of official and alternative government accounts regarding environmental topics. The results were award-winning, with Scott winning first place in the student prize at the Broadcast Education Association’s Analytics Research Symposium, hosted by longtime School of Communications faculty member Don Grady d’Elon and former associate dean.

Scott Symposium Presentation, like that of its peers in Las Vegas, was recorded. Sturgill said she shared a link to the video on Twitter on a whim, tagging @RogueEPAStaff, which was one of the accounts Scott investigated. The account holder responded and asked if Scott or Sturgill wanted to interview some of the #AltGov account holders. As Scott neared graduation, Sturgill took over the project. She has spent much of the last four years compiling sources and content from interviews with a variety of accounts, matching it with analysis of their Twitter feeds.

The book, which was released in August, is Sturgill’s second book with publisher Rowman & Littlefield, which also published “Detecting Deception: Tools to Fight Fake News” in August 2020. Sturgill credits its publisher with creating covers of imaginative books related to his subjects. . “For ‘We Are #AltGov,’ I love the way the cover conveys support with the Twitter bird, the style with the speech symbols, and the thug nature of the whole company with the distressed look of the typography,” she said.

Now at the end of a nearly five-year journey to tell this story, Sturgill can see how the final version compares to his original idea. “Although it started out as a way to tell the story of AltGov, I eventually came to see it as a story about America. It wasn’t just them, but what they did for and with their fellow citizens,” she said.

Sturgill digs deeper into this topic in a recent blog post titled “What I learned about America while writing “We Are #ALTGOV”.‘”

The author called it gratifying to see his book in print, noting the impact the movement and its account holders have had during a tumultuous political time in the United States – a time the country has truly not left. .

“The things the Alts and their followers have accomplished are truly mind-blowing in some cases, and I’m glad people are remembering them in something more permanent than a Tweet,” Sturgill said.