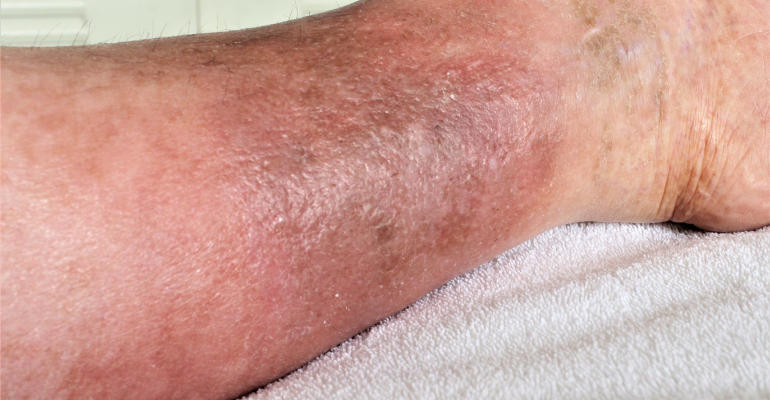 The FDA continues to use its breakthrough device designation program, which was created in response to the 21st Century Cures Act and replaces the agency’s previous fast track and priority medical device review. This week, the agency granted revolutionary device status to Hancock Jaffe Laboratories‘VenoValve for the potential treatment of severe chronic venous insufficiency (CVI).

The Irvine, Calif., Based company has completed an initial human study of VenoValve and is finalizing plans for a pivotal trial in the United States, SAVVE (Surgent Aanti-reflux Vus Valve Endoprosthesis).

Hancock Jaffee CEO Robert Berman answered the following questions to MD&DI about the VenoValve, CVI and the upcoming test.

What is the clinical need that VenoValve solves?

The VenoValve treats chronic venous insufficiency, or CVI, a condition that occurs when the valves inside the veins in the leg fail, causing blood to flow in the wrong direction and build up in the lower legs. The accumulation of blood causes increased pressure inside the veins in the leg. Typical symptoms of severe CVI include swelling in the legs, pain, and venous ulcers that are very difficult to heal. The vascular community has been trying to resolve deep vein CVI for decades, with little success. Currently, there is no effective treatment for the 2.4 million people in the United States with severe deep vein CVI, with compression stockings being the current standard of care. We hope that VenoValve will lead to a paradigm shift in the treatment of CVI and that it will be the first of several successful products that we are developing for the treatment of venous disease.

How does the VenoValve work?

The VenoValve is made from a non-coronary leaflet from a pig heart valve and is designed to open and close under the unique pressure and flow gradients of the venous system, which is very different from the coronary system. . For example, a heart valve can open and close 80 to 120 times per minute, while a venous valve is likely to open and close 9 to 20 times per minute depending on what the patient is doing. It is difficult to design a valve that can function in the unique hemodynamic environment of the venous system and that will not cause thrombosis. We are confident that we have found the right combination of valve components and the right implantation procedure to finally bring relief to the millions of patients who suffer from this debilitating disease.

What data supports the use of VenoValve for the treatment of CVI?

To begin with, we have many years of experience in the field of bioprosthetics. We have assembled a world-class team with expertise in venous disease and the hemodynamic properties of the venous system. Additionally, due to the unique physiology of the human leg, there was no good animal model to test the VenoValve. There is no animal that walks upright on two legs that has the same calf muscle function and flow dynamics as the human leg. So, after consultation with the FDA, we agreed to conduct a small, unprecedented human trial. This trial, which was essentially a dress rehearsal of the pivotal trial, was very successful, resulting in decreased blood reflux (54%) and significant improvements in disease manifestations (56%) and pain (74%). ). In addition, we experienced remarkable healing of the venous ulcer, without ulcer recurrence. The protocol for our pivotal trial is very similar to the one we used for the first trial in humans and we hope to achieve similar results.

How will the state of the revolutionary device help VenoValve?

We contacted the FDA early in the development of VenoValve and developed a good working relationship with them. Anytime a company comes up with a first-class product for a disease for which there are no pre-existing devices, there is a learning curve for everyone involved, and we are so grateful that the FDA has worked with us to understand the unique qualities of the venous system and our apparatus. The breakthrough status does a few things for us: Number one, it’s nice to see the FDA recognize the debilitating impact of CVI and our product’s potential in treating disease. It also sets up our scheme for FDA priority processing, although we have been very happy with the FDA’s responsiveness so far. In addition, the revolutionary device status could have certain advantages as we seek to establish reimbursement and insurance coverage for our product. The bottom line is that there are millions of patients with debilitating deep vein CVI without any current effective treatment options and any help we can get to bring relief to these patients sooner, such as appointing a doctor. revolutionary device, is a good thing.

What are your plans for the pivotal trial?

The SAVVE pivotal trial will include 75 patients at up to 20 sites. The protocol is very similar to the one we used for our very successful first human trial. We have had no problem recruiting sites, which include some of the country’s most respected hospitals and several key opinion leaders in the practice of vascular medicine. They are as excited as we are about the potential for an effective treatment for a disease that has frustrated the vascular community for decades. We plan to start the trial within the next 60 days, so anyone wanting more information about the SAVVE study, including patients with CVI who might want to participate in the trial, should visit www.VenoValve.com to find out which test site is closest to them.