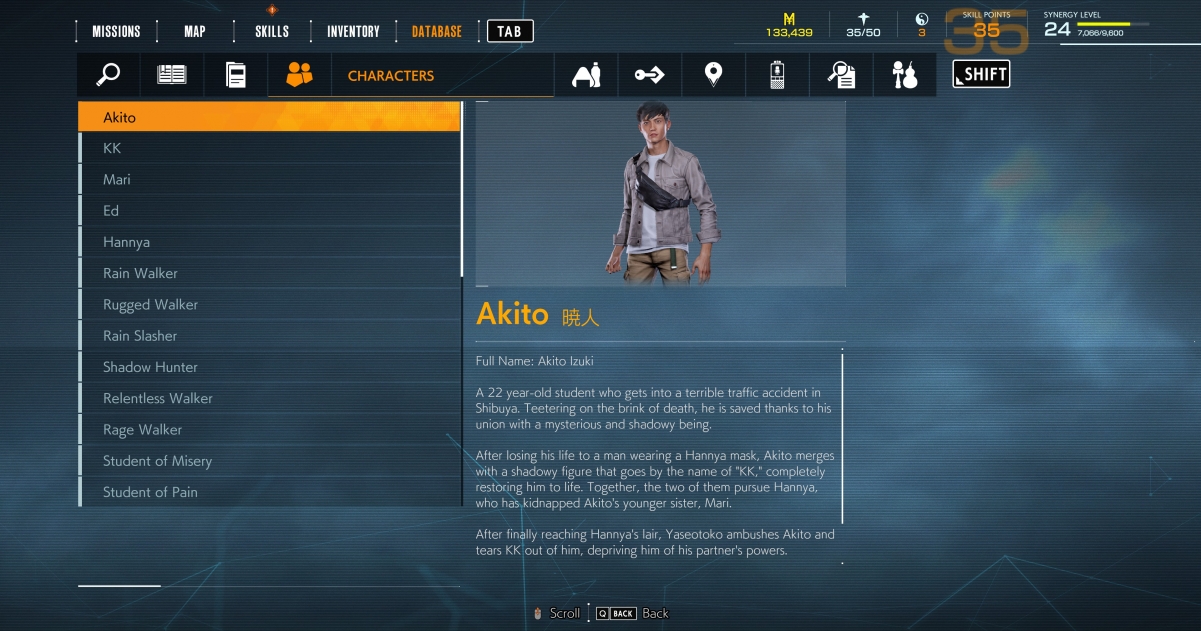 Ghostwire: Tokyo is a pretty big game, and because of that, it’s easy to forget exactly what everything is and does, and all the things you can do. To remedy, Ghostwire: Tokyo implemented a tab in the menu called DATABASE.

As a game set in a mostly foreign country (assuming most readers don’t live in Japan), the DATABASE offers insight into many things and ways to learn about the unique culture and interesting in which it takes place. With 10 different sub-tabs within it, each often containing over a dozen items to read and interact with, the DATABASE menu offers tons of reading for gamers eager to learn.

Of course we have the TUTORIALS tab which works as a perfect reminder for the many systems present in the game. the tutorials presented to you. Haven’t finished the game yet, so I don’t know if I’ll have more, but I’ve currently collected 62 different entries to read, including simple entries like how to crouch. The TUTORIALS tab simply explains everything there is to know about the game and works as a perfect reminder of the systems in place. 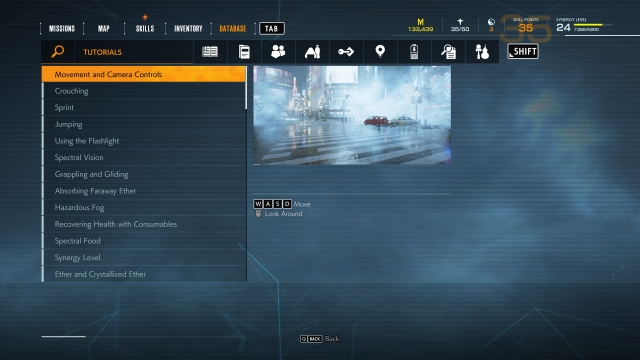 But I don’t like the DATABASE only for the TUTORIALS tab, far from it. While this is a phenomenal way to get your memory back into action, it’s the following tabs that I’m in love with.

I like to learn; you give me a subject that interests me, and i will try to learn every detail of it until i can consider myself an expert, and one of my favorite subjects is actually culture. As a Colombian who has only lived in Colombia and the United States, I experienced a culture shock with several differences between the two, but none are ever as strong as what happens when I look at the one from Japan.

You see, Japan is an enigma to me; everything is confusing, so I want to know more to understand better. Whenever you play Eastern-themed games (like Sekiro: Shadows Die Twice), I revel in the beautiful graphics and the strange culture that seems borderline foreign to me. So when I hopped in Tokyo playing Ghostwire: Tokyo, I reveled in everything strange; I explored the corners of the rooms and stared at the doors as if they belonged to an ancient alien civilization. I tried to soak up all the information I could about it, but nothing gave me such an opportunity as the DATABASE tab. 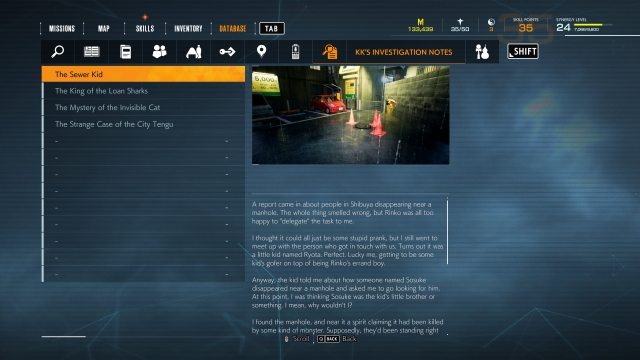 From the moment the first entry fell into the KEYWORDS category, I loved that the game retained a handy system that allowed me to dive back in and figure out what Akito and KK were talking about at all times. I cross-checked some of the DATABASE items with websites to make sure I could trust everything I read (including some of my personal knowledge of Japanese folklore); I found it to be accurate for those I checked.

My favorite tab was the RELICS tab, which lets you read about any collectible you find in the open world and gives you a bit of knowledge describing what it is in the culture and what it’s used for.

It’s part of what makes Ghostwire: Tokyo such a nice game: i learned so much just by running around and collecting items, reading the DATABASE and soaking up the information. Whenever you explore Tokyo, you have so many opportunities to learn about the culture, whether it’s through the notes strewn on the floor that allow you to get a glimpse of the daily life of the locals or the DATABASE, you can learn something one way or another. 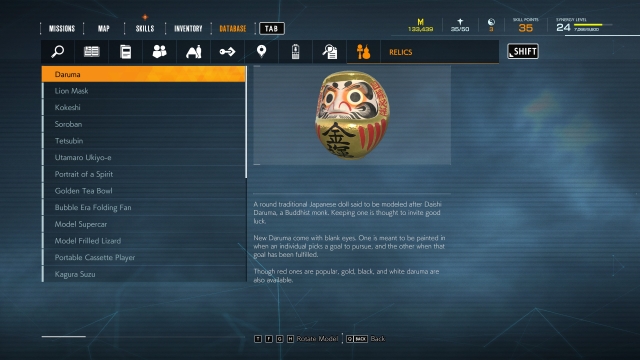 Of course, the DATABASE doesn’t directly enhance gameplay, but it absolutely amplifies it; understanding what yōkai are and how they were formed certainly made the game rich in history. I spent several hours digging deep into the DATABASE to learn more about the various items I acquired. Unlike the fictional worlds, everything I learned had existed in one way or another on this Earth and was an integral part of human culture, which made it all the more appealing. He did Ghostwire: Tokyo feel alive in a way that no other game has felt for me, and I have DATABASE to thank for that.