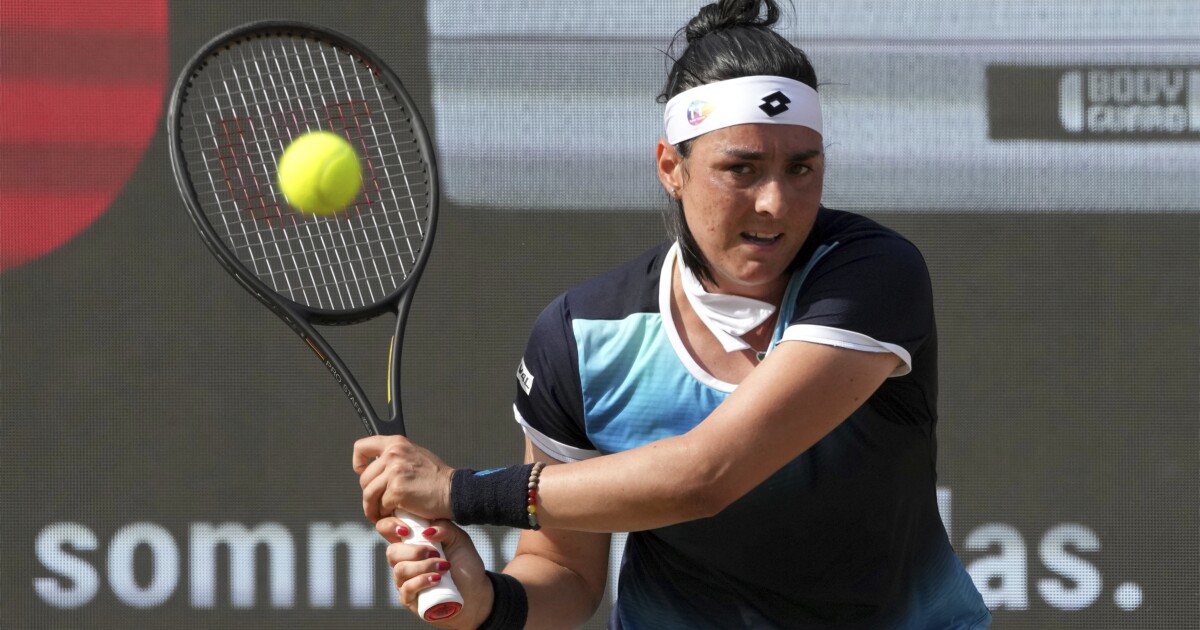 Coco Gauff missed her first grass-court final on Saturday when the 18-year-old American lost to Ons Jabeur 7-6(4), 6-2 in the Berlin Open semi-final.

Cheered on by fans waving Tunisian flags amid a heatwave in Berlin, Jabeur recovered from 3-1 up in the first set and dominated the second to set up a final against Belinda Bencic on Sunday.

“You have to be this good to beat Coco, you know. She’s a great player,” Jabeur said. She added that she had “no expectations” from her first grass court tournament of the season and paid tribute to the Tunisian fans. “Everywhere I go they are always there, they sing all the time, it’s amazing,” she said.

Jabeur will play in her fourth final in a season where she reached a career high of fourth in the world and became the first African and Arab player to win a WTA 1000 event at the Madrid Open last month. The Berlin tournament is his first since a surprise first-round defeat at Roland Garros.

Next week, Jabeur heads to Eastbourne, where she will team up with Serena Williams in doubles on t the return of the american after a year off.

Gauff’s run in Berlin was the closest to a title on grass, a surface on which she had previously not reached a quarter-final, despite reaching the fourth round twice at Wimbledon. Her quarter-final win over last year’s Wimbledon runner-up Karolina Pliskova was a highlight.

Bencic is back in the Berlin final for the second straight year in their quest for a first grass-court title in seven years after a hard-fought win over Maria Sakkari.

Bencic had put the point in the first set tiebreaker before her Greek opponent claimed the next three points to win the set.

The second set and the decider were also closely contested, with Sakkari saving four set points in the second and two match points in the third before Bencic broke through.

Sakkari is ranked sixth, 11 places above Bencic, but had never played in a semi-final on grass before.

The Swiss player has a shot at winning the Berlin title after losing last year’s final to Liudmila Samsonova. Olympic gold medalist Bencic is 6-8 in the final, including 1-3 on grass, with the title on grass alone at Eastbourne in 2015.

Bencic leads Jabeur 2-1 in career fixtures, all on clay. Jabeur lost the Charleston Open final to Bencic in April but won their final encounter en route to the Madrid title a month later.