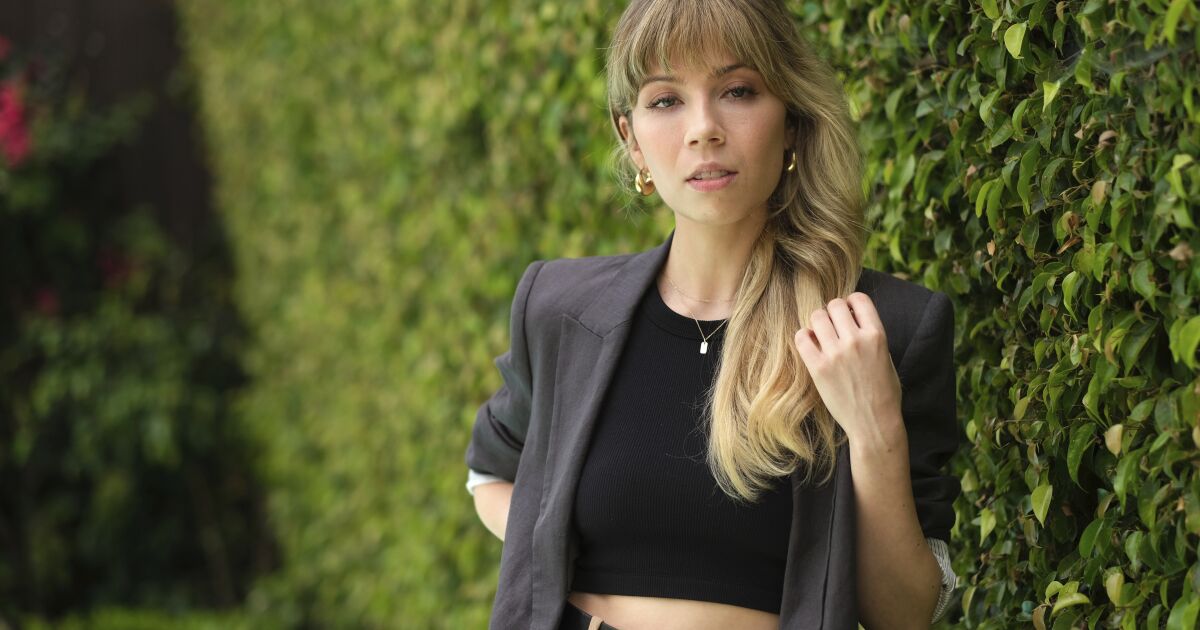 Jennette McCurdy is well aware that the title of her new book, “I’m Glad My Mom Died,” (Simon & Schuster) is catchy. She also readily admits that she means every word. “It’s something I mean sincerely, I’m not saying it to be flippant.”

McCurdy, who co-starred on Nickelodeon, shows ‘iCarly’ with Miranda Cosgrove and her spin-off” sam and cat opposite Ariana Grande, hopes readers will understand why she’s making such a bold statement,

“I hope readers will feel that in the end, ‘this makes sense’.”

The 30-year-old writes in her book that her mother Debra “was a narcissist” who “abused her emotionally, mentally, and physically.” She pushed McCurdy into an acting career as a child and encouraged her to have an eating disorder, McCurdy says. Her mother insisted on giving her daughter showers until her late teens, saying she didn’t wash her hair properly, McCurdy says.

It wasn’t until she sought therapy after her mother died of cancer in 2013 that McCurdy began to fully come to terms with the trauma she suffered. Prior to therapy, McCurdy drank excessively and had unhealthy romantic relationships. Now, after years of working on herself, she is sharing her story with the world. Writing the book, she says, was an emotional rollercoaster.

“I was crying while writing it, then I was laughing while remembering something. My mother’s way of speaking was humorous and very distinct and writing it was a very dynamic and emotional experience.

McCurdy, who hosts a podcast titled “ empty inside, spoke to The Associated Press about stepping back, therapy and how she could return to work on camera.

Responses have been edited for clarity and length.

AP: It’s one thing to realize your childhood through therapy, but it’s another thing to share those discoveries with the world. What made you want to broadcast it, first in a one-woman show (also called “I’m Glad My Mom Died”) and now in a book?

McCurdy: I ​​think finding form is very important. There are certainly many processing steps. Processing the events that happened in my childhood took up so much time in therapy. I needed to do much of this excavation work myself.

AP: When you now think back to your childhood and your mother, what do you think?

McCurdy: My grandfather passed away a few years ago, and I really went through what I consider to be a more conventional grieving process for a very close family member… It was heartbreaking and devastating. With the death of my mother, I would have gone from such deep anger to a feeling of pity for her. And so I could feel compassion and sympathy, and then just anger and rage. I would cry because I missed her and I would be angry because I cried because I missed her and thought she didn’t deserve those tears. I think abusive love is so complicated… It’s going to be mixed up and messy.

AP: Your book also reminds us that you never really know what’s going on with someone because people watch you on those shows and maybe think, “Oh, she’s got it all.”

McCurdy: Now my life is very boring. At the time, being on this kids TV show that’s so brilliant and so polished and so perfect…my real life felt so much the opposite. Living in this dichotomy was really confusing. But also now, looking back, I see there’s a lot of humor in that. As scary as it was to be in the ambulance with my mum as she convulsed in the middle of a seizure, looking up and seeing my face (on a billboard) made my life feel like laughed at me.

AP: Are you really done playing?

McCurdy: Recently, and only since writing the book, there’s been a part of me that thought, you know, maybe I’ll write something for myself. I could see something like this happening where I think there’s a version of acting that could potentially heal me now, especially if I was the one writing the thing.

AP: Now we should really shout out how awesome it is to find the right therapist.

McCurdy: It’s so important, isn’t it? You have to try a few because you are going to get some doozies. You are going to have people who will make you feel worse. They are like very concerned about their doodle or whatever they are doing.

AP: Are you still in therapy?

McCurdy: I ​​am. I just saw my therapist yesterday. It’s funny because now if I look at my journal notes since I started therapy, it’s like, how many times did I drink and purge today? And, like, trying to have a better relationship with alcohol. Now it feels like little tune-ups or the idea of ​​turning 30. What an amazing thing to be able to go into a therapy session and just talk (expletive) about turning 30.

AP: What is your relationship with food now?

McCurdy: I’m so glad you asked the question because I’m not obsessed with food at all. I say this because I want people to know that I believe in not letting it haunt you for the rest of your life. I feel good in my recovery. I consider myself cured. For anyone who might be struggling right now, I want them to know that recovery is possible.