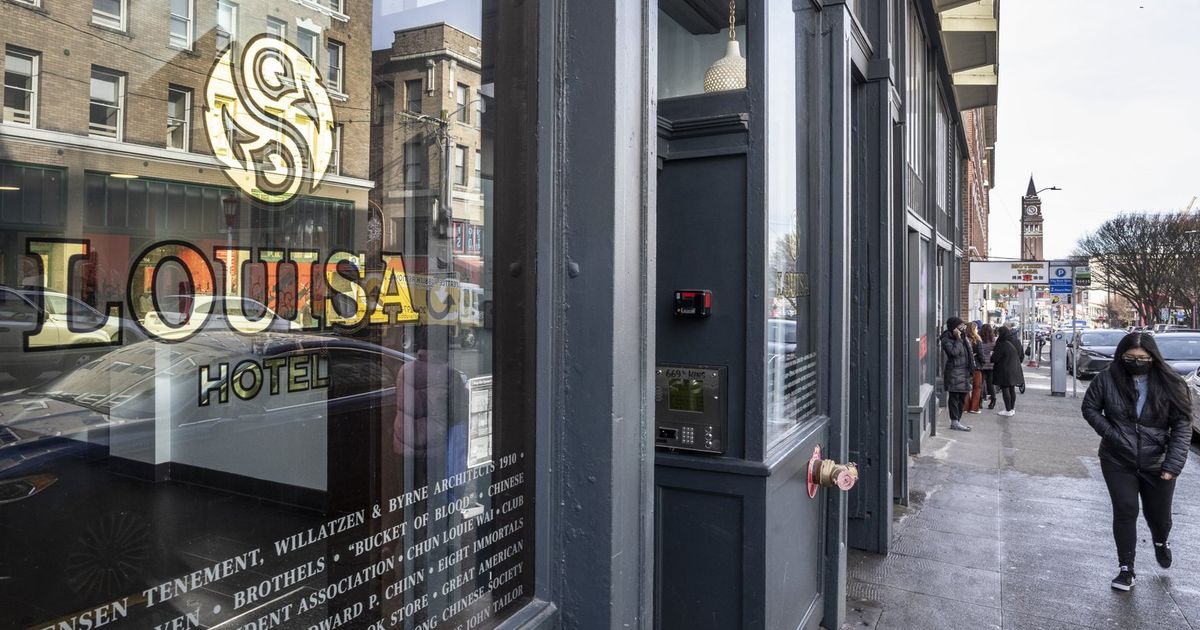 New walking tour revisits Seattle sites from ‘The Green Book,’ a segregation-era guide to a safe haven for black Americans

Blacks who traveled to Seattle between the late 1930s and 1960s may have come with a copy of the “Negro Motorist Green Book” in tow. Started by New York postman Victor Green and his wife Alma Green, the Green Book was published from 1936 to 1966 as a national directory of businesses and other establishments that willingly served black people. Black travelers in the age of segregation often faced open hostility and racism on the road. The green book was a lifeline, connecting them to safe places to eat, sleep, drink and find community.

Beginning in 1939, Seattle had its own listings in the Green Book, including places like the Golden West Hotel, the Rocking Chair Club, the Green Dot Barber Shop, and more where black patrons could find lodging, pick up a meals and see legends like Ray Charles and Aretha Franklin. Now with Black & Tan Hall Green Book Self-Guided Tour app, the stories of these businesses come to life through audio files and photos, organized into a 13-stop walking tour along the South Jackson Street corridor.

“Black people have always had this history,” said Karen Toering, general manager of Black & Tan Hall, the community center under construction in Hillman City that created the tour. Toering recorded some of the audio segments for the tour. Thinking of her childhood home in the Midwest, she said, “I remember the green book was in the house. It was common in the 50s or early 60s for someone in your family to have a green book.

Basing the walking tour on the Green Book connects Seattle residents to the history of the Great Migration, which saw black people move from the south to northern, midwestern and western states, including Washington, D.C. from approximately 1910 to 1970 and Seattle’s past and future.

“There has always been a Black Seattle,” said Sadiqua Iman, arts and culture manager at Black & Tan Hall. “Going through the tour, seeing the whole story – black people didn’t get here yesterday, we’ve been here a while, a long time and we’re doing things, building community.”

Compiled by Hillman City’s Partners Black & Tan Hall, slated to open this yearthe tour comes full circle with the inclusion of the original Black & Tan Hall, a jazz club that was once located at 12th Avenue and Jackson Street and operated from 1922 to 1966.

The current Black & Tan Hall is run by a group of partners. When the venue opens, it will house a performance and art space that reflects the spirit of Seattle’s original Black & Tan Hall. The term “black and tan” comes from segregation-era clubs where patrons of all races mingled. The Green Book Tour establishes an important connection between old and new Black & Tan Halls and elevates the history of Seattle’s black communities from the early 1900s to the late 1960s.

The tour begins at King Street Station, also often a starting point for black travelers who came to Seattle in the early to mid-1900s. Chinese immigrant laborers were employed to build the railroads, and when many places laborers did not hire blacks, the railroads did, employing them primarily as porters or cooks. It is these Chinese, immigrant and black communities that have shaped the immediate areas around King Street Station, particularly the after-hours scene. When the prohibition laws came into effect, underground bars and gambling clubs in Chinatown catered to black and mixed-race audiences.

“I think it’s important for white residents of Seattle to understand that the Green Book was needed here,” said Black & Tan Hall partner Ashley Harrison, who was the Green app’s lead researcher and content writer. Book Tour. “Looking through the entries in the Green Book, I really understood that. Here, the places had to say: “Yes, we will serve black customers”. For [Black] families with a long history here, they know it. These are all things I learned.

Some historic sites still stand, such as the Golden West Hotel (owned in the 1920s by E. Russell “Noodles” Smith, who later owned Seattle’s original Black & Tan Hall) and the Louisa Hotel. Some sites have disappeared, such as the Coast Hotel which was demolished to make way for Interstate 5. (The tour notes that in the 1960s it was common for highway construction to be bulldozed through black neighborhoods or low-income color).

The former Black & Tan Hall, which once stood on the corner of 12th and Jackson, and the Rocking Chair Club – located where Bailey Gatzert Elementary School stands today – have hosted big names jazz and soul like Ray Charles, Count Basie, Gladys Knight and Aretha. Franklin.

Harrison curated a playlist of musicians who played frequently at these clubs. A link to the playlist is included in the app.

The work of black historians Esther Mumford and Dr. Quintard Taylor informed the tour, as well as Paul de Barros’ book “Jackson Street After Hours: The Roots of Jazz in Seattle.” Black & Tan Hall partners first discussed the idea of ​​a Green Book walking tour in 2019, with the original intent of an in-person tour. When the pandemic led to restrictions on public gatherings, the tour switched to an online format. The result led to a few ancillary benefits: more information, photos, recordings, and additional resources could be included; and the app is accessible anytime, whether readers are in the neighborhood or not.

For Iman, the Green Book tour is a powerful testament to Seattle’s vibrant and creative black community that has found ways to thrive in an era marked by racism and unofficial segregation.

“It wasn’t the right time. We had some good times. We were able to come together in this terrible time for black people and have fun, eat, listen to music, create,” Iman said. “Captions were here in Seattle. It’s not something that has to be recreated, it’s something that we can come back to.

Mark Van Streefkerk
is a Seattle-based freelance writer and journalist. He loves covering local news, arts and LGBTQIA+ topics. He can be reached on Twitter at @VanStreefkerk.