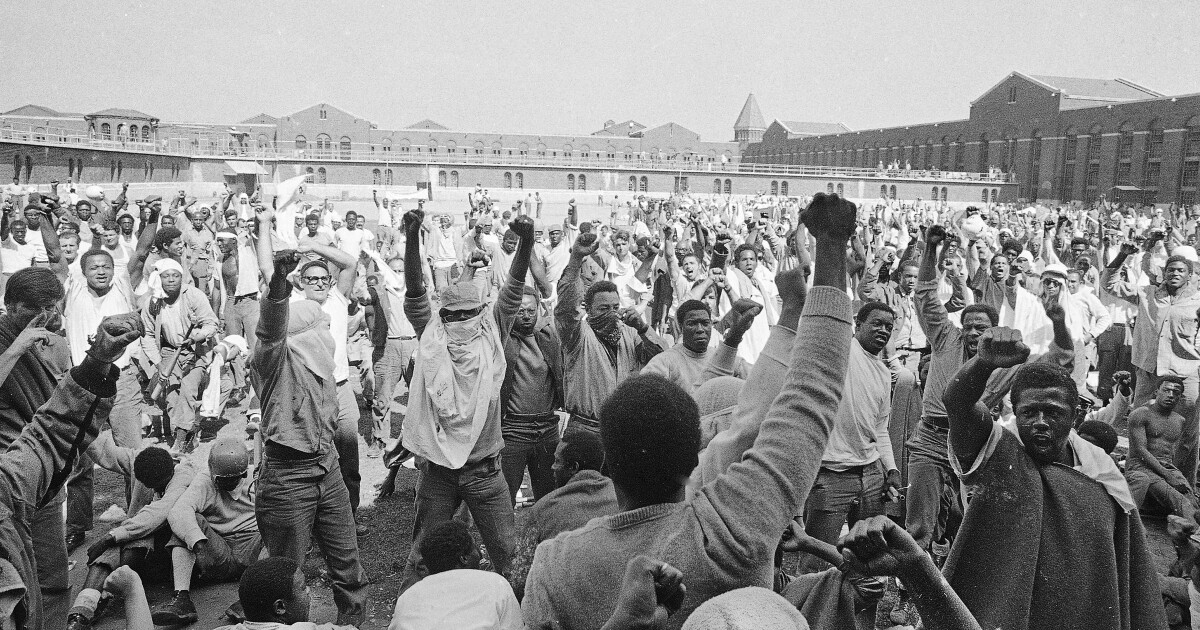 New York authorities lifted a ban that had prevented state prison inmates from reading a book about the 1971 Attica Correctional Facility uprising following a trial by the first amendment brought by its author.

State officials, however, said they would continue to censor a small portion of the Pulitzer Prize-winning book for security reasons. A two-page map of Attica will be removed from copies sent to prisons.

Author Heather Ann Thompson, historian and professor at the University of Michigan, sued state prisons in March about the banning of his book “Blood in the Water: The Attica Uprising of 1971”.

Published in 2016, the book is one of the most comprehensive accounts of the uprising, where more than 1,300 inmates took over part of an upstate New York prison to protest years mistreatment. It ended when soldiers and state guards fired tear gas into a prison yard before firing hundreds of bullets into the smoke.

A total of 32 inmates and 11 staff members were killed, with no law enforcement officers being tried for their role in the massacre.

She was represented in the lawsuit by the Civil Rights Clinic at the Benjamin N. Cardozo School of Law and the New York Civil Liberties Union.

Last week, the state attorney general’s office said in a letter to a US judge in Manhattan that the ban would be lifted, but only in paperback copies where the card can be removed.

If a correctional facility rejects a request to order the book, prison officials are now legally required to notify Thompson.

JumpCloud and CrowdStrike team up to dig deeper into the device