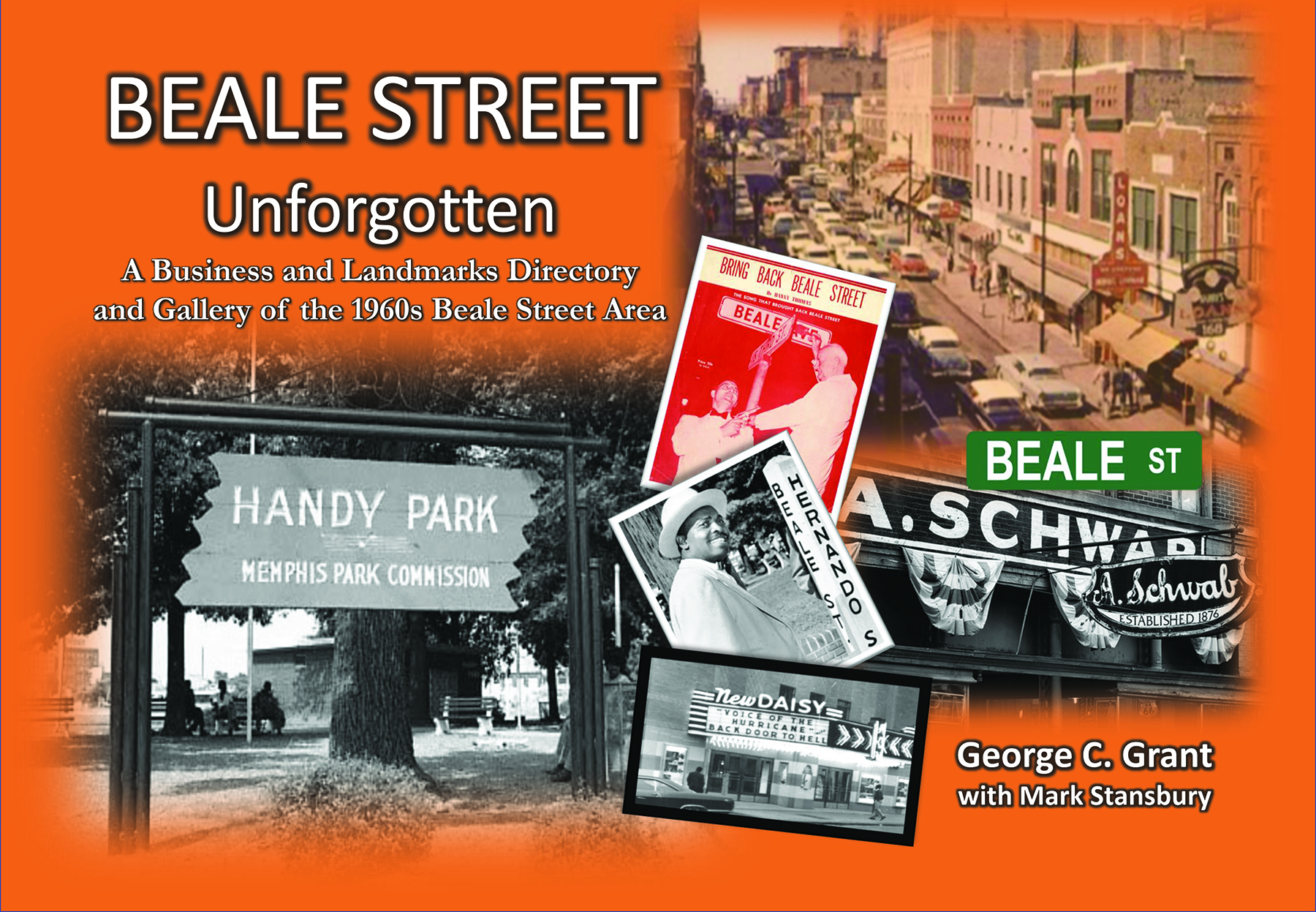 MEMPHIS, TN – Several books have been written on Beale Street, but perhaps none is as concrete, definitive, and in-depth as “Beale Street Unforgotten: A Business and Landmarks Directory and Gallery of the 1960s Beale Street Area”.

Posted by GrantHouse Publishers (2021), authors George C. Grant and Mark Stansbury have gleaned a wealth of facts about the Memphis monument from a variety of sources – including “people and places” – and cobbled them together into a timeline that captures the essence of the street’s glorious past.

Grant said the idea for such a book came from a discussion with the late Dr. Miriam DeCosta-Willis about five or six years ago. DeCosta-Willis was an academic, author, educator, historian, and civil rights activist.

“She was telling me about the new Beale Street and the fact that a lot of the old Beale Street was not there,” he said. “I said, ‘We should do something,’ then she shared a story with me.”

Grant stated that DeCosta-Willis had in her possession a manuscript which she had written entitled “The History of Beale Street from 1850 to 1950”. It was never published.

“The family gave me permission to publish it,” said Grant, retired dean of a university library and founder, co-owner and CEO of GrantHouse Publishers.

Grant said he had read the DeCosta-Willis manuscript. “It occurred to me that there was a gap in the information about the old Beale Street,” he said, adding: “Everything had been forgotten.”

Then he started working with DeCosta-Willis on his manuscript, but felt that there had to be something to reintroduce the old Beale Street.

Grant had published several books by DeCosta-Willis, who died in January. His interest in Beale Street had never wavered.

He then believed that an in-depth review of Beale Street’s glory days was ripe for publication – as did his co-author, Mark Stansbury, a longtime WDIA Radio personality, attending the retired University of Memphis and eminent photographer.

Stansbury, in fact, contributed several historic photographs from the time to his extensive collection.

â€œI think it’s very important for the younger generation that is going up and that hasn’t been on display on Beale Street. Or maybe they’ve been to Beale Street now, but they don’t know what was there before, â€Stansbury said. “The kind of book covers that.”

He added: â€œBack when I used to go to Beale Street a lot, most of the places on Beale Street were owned and run by people like us. But now that’s not the case.

Grant said, â€œIt’s a vital part of the history of the African American community in Memphis and Beale Street’s role in it, and I thought it just needed to be documented for young people. ”

For those in the know of Beale Street and those who can trace the street to its heyday, “Beale Street Unforgotten” is a welcome addition to library shelves on Beale Street that other authors over the years have sought to capture and preserve. what had been a Mecca for Blacks.

â€œWell mine is a more in-depth and detailed treatment of the whole Beale Street,â€ Grant said. â€œThe other books, I think, tell part of the story. They are all doing a good job. So, I thought I would try to give the reader a feel for the whole of Beale Street, from the general public to the mansions. ”

For those unfamiliar with the glory days when the streets were bustling with black pride, entrepreneurs, entertainment and dismal bluesmen, “Beale Street Unforgotten” is a compilation of historical people and places that a younger generation should. adopt for educational purposes.

â€œI would love to see him come back and be more inclusive with us,â€ said Stansbury, demarcating the difference between Beale Street of yesteryear and Beale Street today.

Much of the iconic street – known by its nicknames, “Home of the Blues” and “Birthplace of Rock n Roll” – had been a retreat for African Americans, Grant and Stansbury concluded.

The spiral-bound edition of “Beale Street Unforgotten” is priced at $ 20. A new hardcover edition will be available soon for $ 25. For more information or copies of the book, contact GrantHouse Publishers at 901-218-3135.