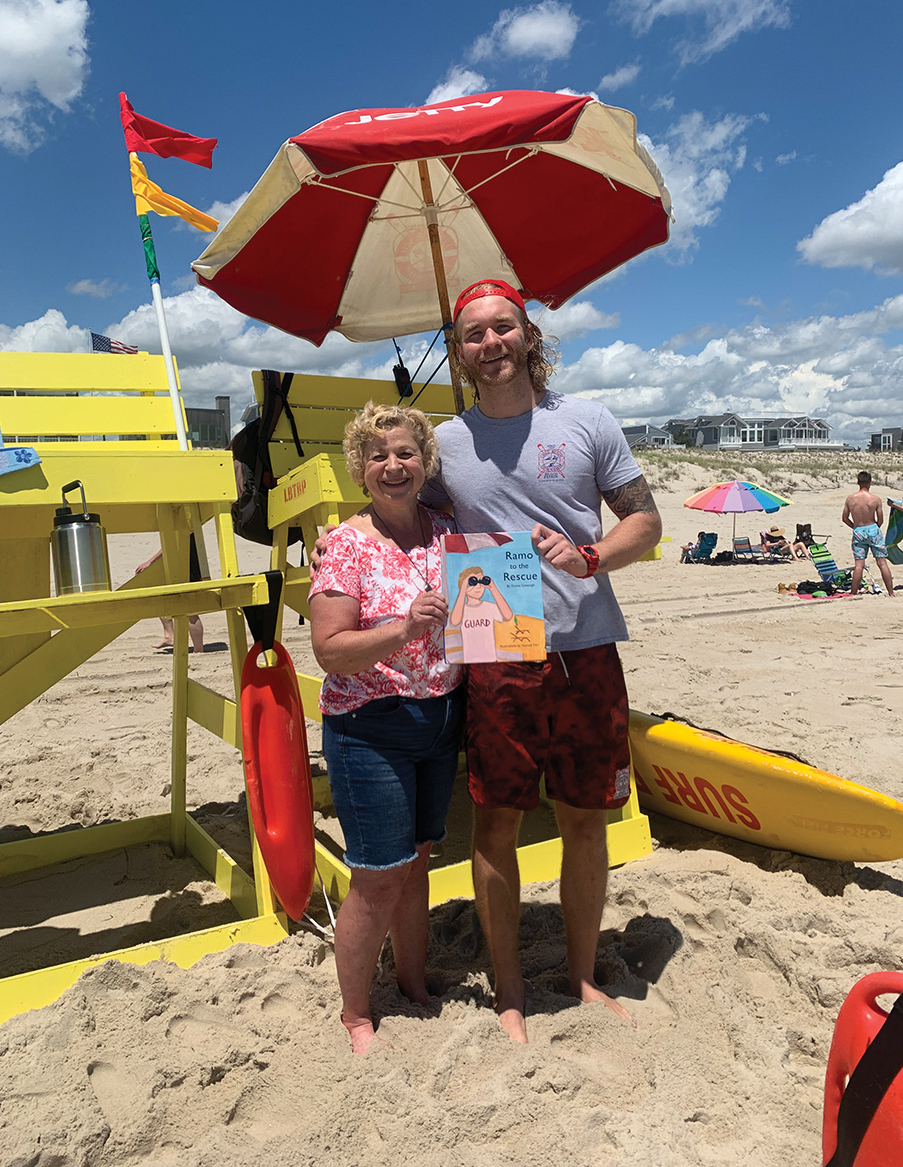 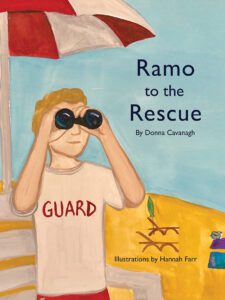 A chance encounter at Tuckers Tavern in Beach Haven and a rescue at sea the next day inspired the colorful new children’s book Ramo to the rescuewhich takes young people on an adventure that showcases the heroism of rescuers.

“The book, although fictional, is based on two encounters my grandson Owen had with Ramo Kline” of the Long Beach Township Beach Patrol, said author and editor Donna Cavanagh.

As Cavanagh explained, Kline was his family’s server at Tuckers one night last summer, and he was very nice to Owen, then 2, “who, because of COVID, hadn’t gone. in a restaurant since he was a baby. Ramo was just wonderful to him, so my family and I naturally took his name down.

The next day, the family were on the beach when they spotted the LBTBP rescue team – complete with jet skis and boats – heading into the water after receiving a call about a possible downed plane off Spray Beach . “We saw Ramo on the Jet Ski, and Owen recognized him,” Cavanagh remarked. “Later that day I told my family that I should write a children’s book, Ramo to the rescue.”

Cavanagh, who has vacationed on Long Beach Island since childhood, pondered the idea of ​​a children’s book for some time. As a former Montgomery County, Pa. daily newspaper reporter and syndicated comedy columnist, she’s no stranger to writing. His work has appeared in USA today, Premier Magazine, Journal register articles and more. She now owns and runs an online comedy magazine, HumorOutcasts.comand HOPress-ShorehouseBooks.coma partner publishing house that has published more than 70 books of all genres.

After a few months – during which she doted on a new grandson, Ben, and tackled writing and publishing projects – Cavanagh decided to put her thoughts to paper. Last November, she started writing, deciding to use rhyme to help her “younger target audience appreciate the story, the characters, and the all-important lesson that lifeguards are heroes.”

“After writing the first draft of the story, I consulted with poetry experts who helped me make sure the rhyme scheme was correct,” she noted. “I just wanted this book to be as perfect as possible.”

Then Cavanagh contacted LBTBP supervisor Tracey Schmidt and told her about the book.

“Tracey laughed and told me what a great guy the real Ramo was, and that made me so happy,” Cavanagh said. “Although the story is fictional, I still wanted to have their agreement every step of the way…so she put me in touch with Ramo.

“I sent Tracey and Ramo the text of the book, and they gave their approval, along with the township administrator,” she added. Cavanagh then brought in his illustrator, Hannah Farr, and the project was well underway.

According to Cavanagh, the township, his rescuers and especially Kline were delightful.

“Ramo was and is an inspiration,” she said, “and I am so grateful to him for allowing me to use his name to speak to young children about the work of lifeguards and the importance to be safe at the beach.

To show his appreciation, Cavanagh will donate a percentage of the profits from his book to the Long Beach Township Beach Patrol.

Book Swap will organize a signing session for Ramo to the rescue on Saturday, July 16 at 12:30 p.m. at its location in Schooner’s Wharf, 325 Ninth St. in Beach Haven. The book is also available for purchase online, in particular on ramototherescue.com.