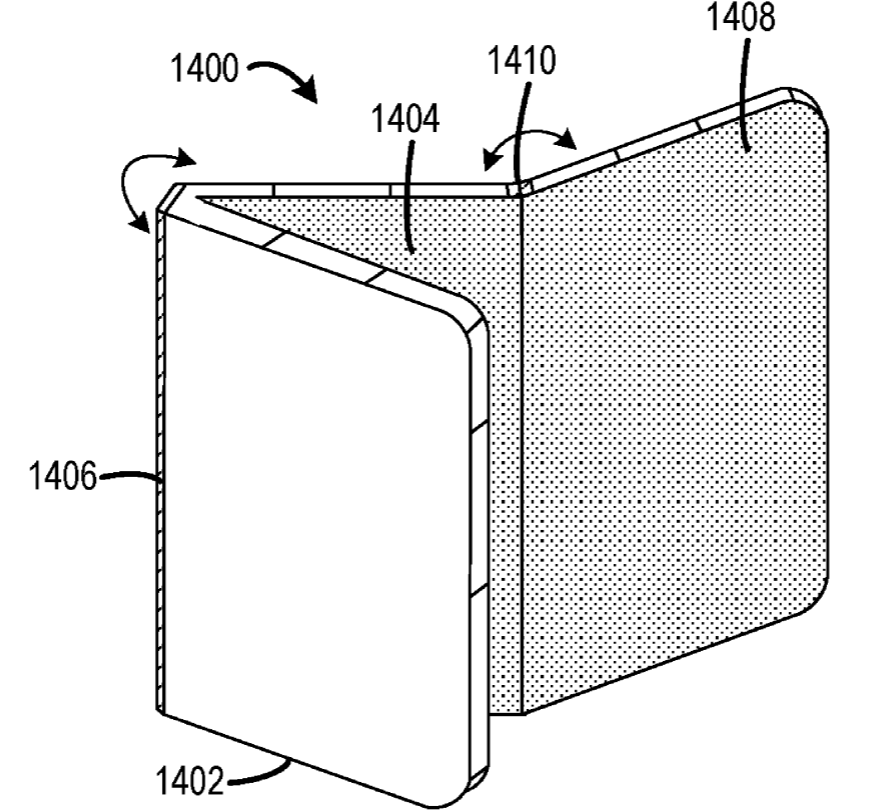 Microsoft has released two versions of its Surface Duo wearable device, each with two screens. But a new patent filing indicates that the company has considered, at least, a similar device with three screens.

The brief outlines the ability to use a three-screen device in various positions, including a scenario where the screens lay flat. This raises the possibility of allowing them to collectively form a large screen.

Microsoft’s Surface Duo and Surface Duo 2 run on Android, and the user experience on both screens can sometimes be less fluid. A third screen would likely add to the challenge.

It gives some insight into Microsoft’s thinking at some point, but it’s unclear if the idea of ​​a three-screen device is still on the company’s radar, let alone its product roadmap. .

The patent application for the “multi-panel display device” was made public last week by the US Patent and Trademark Office. It was originally filed in June 2020, after Microsoft announced the original Surface Duo, and three months before its October 2020 release.

Evidently, Apple first reported on the filing on Monday morning.