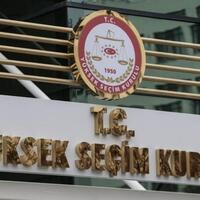 In response to allegations by the main chairman of the Republican People’s Party (CHP), Kemal Kılıçdaroğlu, of incorrect voter information in the Turkish citizenship database system, MERNİS, provided to the Supreme Electoral Council (YSK), the Interior Ministry said Aug. 12 that the system is working properly.

In accordance with Law No. 298 on the Basic Provisions of Elections and Electoral Registers, population registers with address information are shared instantly through the identity sharing system, within the criteria determined by the YSK, said the General Directorate of the Ministry of Interior. Population Affairs and Citizenship.

Responding to the CHP’s allegation on the issue of voters without surnames, the management said when reviewing 140 million population records in the MERNİS database, it was reported that 30 people who do not had no surname had to apply to complete their surnames. However, since some of the notifications are from overseas and some of them do not apply, corrections cannot be made.

On the assertion of the CHP that there are cases where even 40 people reside together at the same address, the management said that the settlement address is based on the declaration of the citizens. In accordance with the legislation, there are no restrictions on the number of people who can reside at an address. However, the address statements are constantly and regularly checked by the general management, the statement said.

In response to the allegation that there were first-time voters over the age of 100, the statement said that files that have not been processed for a long time (no ID cards or transcripts home) are detected in people aged 80 and over. Those who are not deceased are registered for the first time on the electoral lists by the YSK if they make a declaration of address. Moreover, since there are people who have never been registered in Turkey, these people are also subject to the same request if they are detected, the management said.