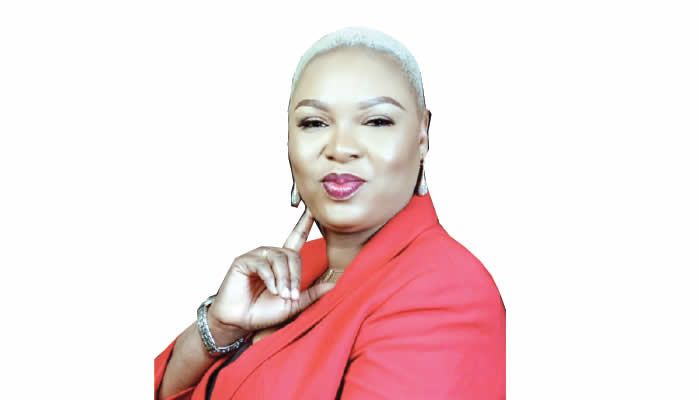 Why I compiled my experiences into a book – Otegbade

HR consultant Kemi Otegbade talks to Emmanuel Ojo about her new book, ‘Bump on Your Route’

What inspired the title of your book “Bump on Your Route”?

(It was inspired by) hands-on experiences in different types of businesses that I ventured into. There are always ups and downs, no matter how nice and profitable it may seem at first.

Did the public presentation of the book coincide with your birthday? Was it deliberate?

It was deliberate; it was a goal I set for myself and it worked. I started a chapter a long time ago, I kept it aside; I kept saying I would go back to finish the book, but I got distracted and busy with other things. My birthday fell on the 4th of July, which coincides with America’s Independence Day. I usually like to be in the States on my birthday, but this time I decided to stay here, mark my birthday, and unveil the book.

What does it mean to you that the book is finally published and unveiled?

Well, I’m happy with the achievement, but it’s the start of a new journey of sharing experiences to inspire promising entrepreneurs. It is not a one-time business. There is more content where this (book) came from and I will continue to write things down and share.

What overarching philosophy or thought process gave rise to “Bump on Your Route”?

We’ve had a lot of books focused on success stories of successful businesses. But such a one-sided narrative can be misleading, because in the true sense of things, there isn’t a successful entrepreneur who hasn’t had their fair share of “bumps” before leveling off and making a breakthrough. Now, when telling their stories, these successful entrepreneurs only tell us about the successful part. This has caused many to jump into the business arena they knew nothing about and end up losing their investments. What pushed me to embark on this book project was the need to prepare others not to give up after failures; to let them know that failure is part of the journey to the top.

Is this your first book?

This is my first personal book project. I have published business directories in the past. Our company, Heartlink, released four editions before ending the series. We also provide ghostwriters and write biographies for busy public figures.

Have you always been a writer or did the need to document your experiences make you one?

What was the experience of writing the 83 pages “Bump on Your Route”?

(It was) a bit long because I was busy with other projects. I’m a human resources consultant, a public relations practitioner and I run an NGO called 6 Futas Club, a movement of women taller than six feet – we stand up for the ills of society.

What difficulties did you encounter while writing this book?

Normal writer’s block from time to time, so I recorded it via voice notes. I also had to delegate other tasks to be able to concentrate.

What inspired the audiobook as part of the project?

The audio book is the present and the future. It allows you to multitask; you can listen while driving or cooking etc.

While creating the audiobook, were there any special elements you added to make it more appealing?

Yes, this was done by my consultant.

There are many books on entrepreneurship and how to break even in business. What makes yours stand out from the pack?

Did the support you received during the public presentation of the book meet your expectations?

Not exactly, but he’s definitely on his way, I’m sure. A few promises are still outstanding.

I always intended to run my business from the NYSC days. I had opened an office in Surulere, Lagos and employed staff four years before leaving the bank.

In your book review, you said guts, rather than a college degree, are what it takes to start a business. Is courage enough to keep a business afloat?

As an experienced entrepreneur, have you ever been faced with a situation that made you consider quitting?

Yes several times. An example is when I was publishing an edition of a business directory and the printing press burned down; in the meantime, the CEO did not assure his press. We had paid 85% and the books were ready. We had to restart this particular edition with new funds. The CEO lost everything, so we couldn’t even sue him. I’m not even sure I mentioned this incident in the book. There will always be bumps but you have to have the courage to persevere. It felt like life was coming to an end but I realized later that it was just a hiccup. I have seen worse and overcome.

Did you have any mentors who helped you navigate?

Yes! Many. One of them is Mrs. Eniola Fadayomi, former Attorney General of Lagos State.

What would you describe as your biggest business challenge before breaking even?

Initial financing is always a challenge in an environment where SMEs are not sufficiently motivated by banking policies.

You have also read many books on business, leadership, etc. How have these books marked you?

What sparked your interest in business and entrepreneurship?

My primary duty station during NYSC in Benin, then Bendel State. My boss was a serial entrepreneur then and that exposed me. The company name was Ketson Komplex Int’l.